What is the first thing that comes into your mind when you hear the word: “flower”. Is it beauty, fragrance, bright color, love, cute gift or what? Yes! Flower is associated with all these things but do you know that there are certain interesting facts about flowers that can actually surprise you out of your wits. For instance, Juliet rose which is the most expensive flower on the planet costs 3 million pounds. Amazing! Isn’t it?

Explore such interesting facts about flowers that would inspire your awe.

Broccoli is not a Vegetable, it’s a Flower: 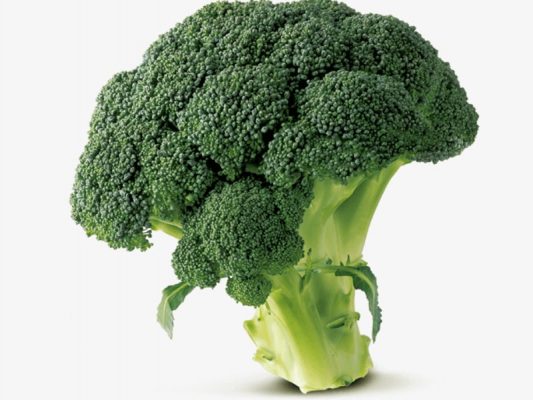 Broccoli is cultivated for its florets primarily. It is an edible green plant and it is its flowering head that you eat thinking that it is a veggie. This green plant comes from Brassicacceae family. Its flowers and stalks are consumed as a veggie. It can be eaten both in a raw or a cooked form.

Broccoli enjoys the reputation of being a super food because it is low in calorie count and immensely rich in nutrients. Though it does not appear like a flower and does not have any fragrance but it is an active flower that can be pollinated!

Once Upon a Time Tulips Were More Expensive Than Gold in Holland: 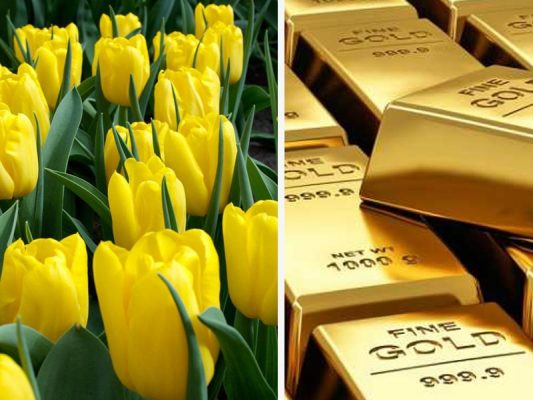 Yes several centuries ago in Holland tulip bulbs were more precious than gold. This ultra expensive flower used to symbolize life, love and immortality. Broken bulbs of the tulip with a striped, multi-colored pattern were super expensive. In 1630’s a kind of frenzy for the tulips occurred in certain parts of the Western Europe and this frenzy was used to be called “Tulip mania.” During this frenzy tulips became so expensive that people began to use it as a currency.

Incredible though it may sound but the most expensive flower “Semper Augustis” tulip used to cost 10,000 guilders. This cost was as much as buying the finest house on the most happening, costly and fashionable Amsterdam Canal.

There was a time when there were no flowers on this earth:

Yes, true! Flowers do not exist on the planet always. They came into existence some 140 million years ago before that there were no flowering plants or angiosperms. The planet was still greener as there were ferns and coniferous plants (plants with needle like leaves). These plants existed without flowers and due to some baffling mutations, flowering plants came into being. 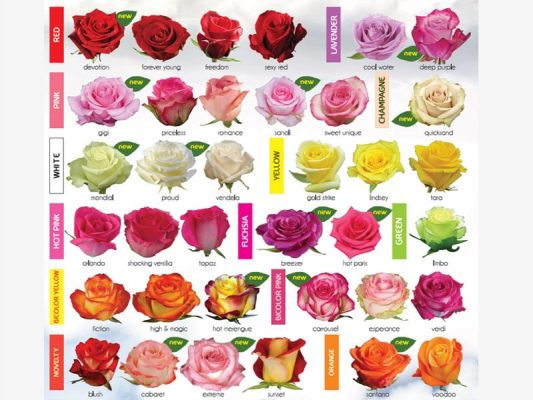 Most of the people think that they know all the flower varieties. It is not so actually. You know what you see. Botanists all across the world have found out that there are around three lakh different species of flowers. Out of these flower species, there are 35 diversified types of roses. One of the roses Juliet rose is the most expensive flower in the world and costs 5 million dollars! Number of flower species is growing every day and there are still different types of flower species to be found.

So, there are more flower varieties in the world than you can possibly think off.

A Flower Variety Smells As Awful As a Dead Body:

Fragrance is always associated with the flowers and pleasant smell is probably the first thing that you think when flower is talked about. But, you would be astounded to know that there is no flower variety that smells as awfully as a dead body.

Yes! “Sumtran Titan Arum” is a flower variety that would change your thoughts about flowers’ fragrance. Owing to its fragrance resemblance with a dead body, the flower is also known as Corpse flower.

Beware of this nine-foot tall flower plant that can make you feel sorry about going anywhere near to it.

It would be appropriate to term Archaefructus sinesis as the mother of all flowers. It is believed that the flower is probably the oldest one that the human race can think of. Archeologists excavated its fossils way back in the year 2002 and believed that this aquatic flowering plant can be 100 million to 140 million old which apparently makes it the oldest flowering plant on the planet.

Tulips and Not Roses Signify Romantic Love in Russia:

You think of gifting red roses to your sweetheart on special occasions. Don’t you?  But, in Russia gifting red roses is a new trend, some 50-100 years ago people in China used to express romantic love with tulips. So, the sales of tulips there used to be every time high on the occasions like Valentine’s Day.

Have a Better and Sound Sleep With Gerbera Daisies: 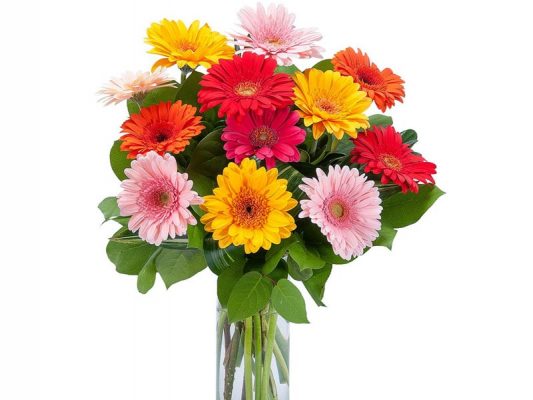 If you are facing sleep issues and want to enjoy a sound sleep, you can consider placing Gerbera Daisies beside your bed. This pleasant smelling flower emits a good amount of oxygen and can absorb carbon-monoxide and toxins from the atmosphere as the result of this you would be able to sleep better.

So stop taking sleep medicines that can harm your health if you have sleep apnea. Just grow gerbera OR get daisies flowers by your bed side and sleep better.

Flowers of Bamboo Develop after 65 or 120 Years:

You may just have heard of them but not have seen them. This is so because bamboo develops flowers after 65 or 120 years. More interestingly, all the flowers of the bamboo species develop at the same time no matter where in the world they are located. Bamboo releases 30% more oxygen into the atmosphere and can absorb much more carbon-di-oxide than the other plants.

Lotus Flower Can Remain Dormant For Years During Drought:

Ancient Egyptians used to consider lotus as a sacred flower. There this flower was used in the burial rituals. Also, the flowers bloom only in the damp wetlands and rivers and can remain dormant for years and rise only when it rains.

So, the next time any one says flower, tell them all the amazing facts about flowers that most of the people do not know.